Following an investigation by the National Transportation Safety Board (NTSB), the FAA have begun consideration on making Part 91 Operators adhere to stricter flight rules more closely aligned to Part 135. This could have a knock-on effect across the globe as other regional authorities such as EASA and CASA strive to follow suit or implement controls of their own.

This article delves into the problem identified by NTSB, explains the FAA’s response so far and details how businesses are adopting modern Flight Operations Systems to proactively work to higher safety standards.

Fatal accidents involving Part 91 Operators have been investigated by the NTSB to determine what can be done to improve safety regulations in aviation and prevent aircraft accidents. The advice given to the Federal Aviation Administration (FAA) includes an urgent request to enforce Part 91 Operators to comply with higher safety standards.

NTSB’s ‘Most Wanted’ safety recommendations highlights minimal FAA oversight, insufficient pilot training and maintenance gaps in fatal or injury causing incidents involving Part 91 Operators. In 2019 the Collings Foundation suffered the crash of a vintage B-17 Flying Fortress with seven fatalities and seven other members of the flight and ground crew injured. The Operator had an exemption from Part 135 requirements for revenue-paying passenger flights as a safety management system was in place, however it was found that the Collings Foundation had never been inspected for compliance.

NTSB and the FAA’s proposed solution

NTSB’s report for the FAA suggests developing a national standard for aviation safety that brings all revenue-generating Part 91 Operators under its regulations. Current exemptions from Part 135 rules for air tour operators would be eliminated, such as the current exemption in Part 135 for flights operating within 25 miles of the same airport. Safety Management via Flight Operations Systems would be mandatory for Corporate Flight Departments and other Part 91 Operators, just as they are under Part 121 for Airline Operators.

Ensuring higher levels of safety and regulatory compliance in aircraft and crews necessitates additional oversight by regulators. The FAA need to enforce rules and penalties such as those within today’s Part 135 and Part 121 ‘certificate holders drug and alcohol testing programs’ for each employee who performs a safety-sensitive function.

Safety in Part 91 and Part 135 explained

Part 91 provides general operating and flight rules for civil aircraft that are not being paid to carry passengers or cargo and includes Corporate Flight Departments ferrying internal staff and passenger’s personal relationships such as spouses and dependents.

Part 135 includes Operators receiving payment for transporting passengers or cargo under an ‘Air Carrier’ or ‘Charter’ Certificate, with the vast majority being Business Aviation Operators with 3-5 aircraft. 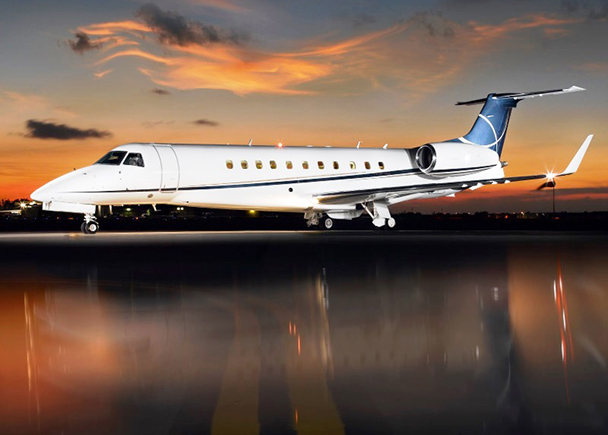 This makes for some clear distinctions between Part 91 safety and Part 135. In a situation where there is zero visibility on an airfield, in some cases a Part 91 aircraft could take off, whilst a Part 135 could not. Or should the runway length be just within acceptable limits for a Part 91 aircraft, it may need an extra 40 percent for Part 135, rendering that airfield unsuitable. The passengers boarding those aircraft require no identification under Part 91, yet do so for Part 135.

How then do clients determine an Operator’s positive safety record? They expect Airline levels of safety and yet are in reality boarding an aircraft with less demanding safety standards. The aircraft may be similar to one they flew previously with a commercial operator, but now operating under Part 91, the crew need not meet the same safety margins in rest and fatigue, and the passenger is none the wiser.

At the time of writing, the FAA has open 254 of the NTSB’s recommendations for safety in Part 91 and Part 135 regulations.

The actions relating to aircraft, crew and tracking rules to be taken by the FAA so far include, but are not limited to, the following:

Systems are no longer constrained to running only single operations – whether Part 91, Part 121 or Part 135. Rather than setting the system’s controls to a single standard, myairops allows multiple Flight Time Limitation schemes to handle each aircraft, crew member and passenger for different trip demands. Individual aircraft types and operation up to multiple fleets and business units can operate from the same system under different regulations, as mentioned at the start of this article, allowing the safe and compliant operation of an Airline, Charter business, Air Taxis and Corporate Flight Departments within the same software. 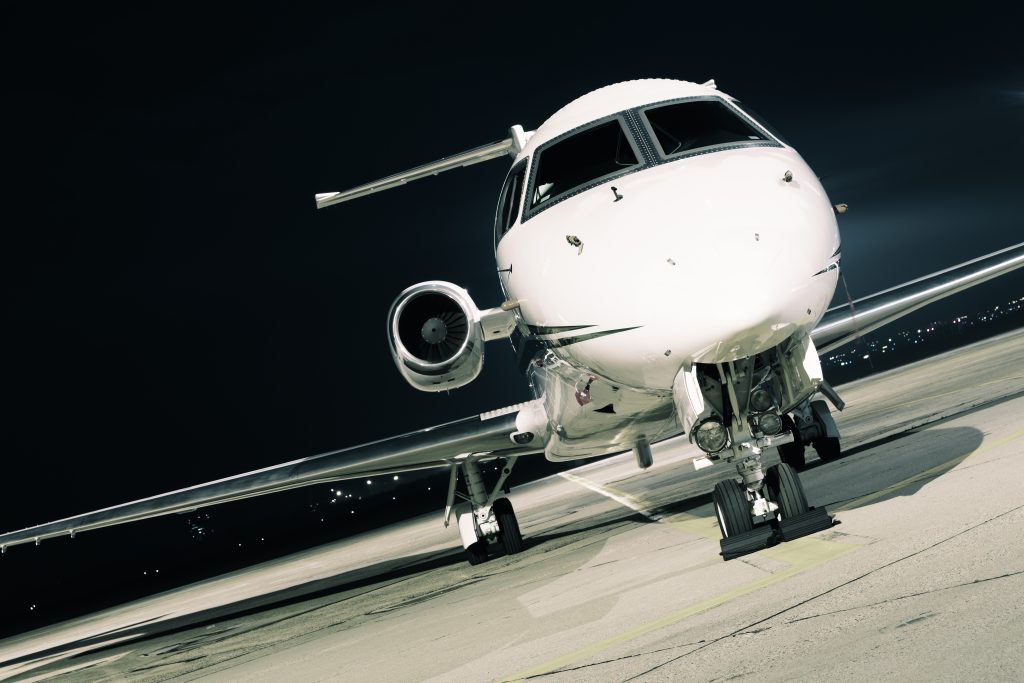 Similarly, crew management controls have been built with flexibility in mind. Pilots flying under different regulations requiring distinct rest controls and other limitations are automatically checked when crewing a flight. Any violations are flagged, making it impossible to mis-crew the flight. Further alerts are raised for when a crew member will soon be in breach – items such as training, certification, passport expiry, holiday or illness are raised to the user to aid decisions and ensure compliant operations.

The changes that the FAA are making to increase flight safety are merely one regional example. In Australia, the Civil Aviation Safety Authority (CASA) are making wide reaching changes to regulations due December 12th, 2021, tightening control over different flight operations. By utilizing a flexible software that allows configuration of FTLs and Crew rules, modern Flight Operations Systems allow the user to easily update the rules without undergoing a complete system configuration rewrite.

myairops have customers around the world utilizing the myairops flight operations platform for its ability to differentiate between regional rules and associated regulations when it comes to operating multiple fleet types. For example, a UK based multi-fleet operation employ the system for UK Special Missions on behalf of the NHS and air ambulances within the region. Their charter and engineering businesses run on the same platform, requiring flexible FTLs, crew regulations, MEL lists, customer management for flying into Europe and the USA, and more, to remain compliant with the CAA, EASA, and the FAA.

To learn more on how our flight operations platform works for a Part 91 corporate flight department, read here. For more information on Operators and Part 135 you can visit myairops.com

The discussion on whether Part 91 Operators should comply with higher safety standards will continue into 2022. Operators need not wait, however, for authorities’ rule changes to further enforce standards and satisfy clients’ demand for safe flying. Utilizing a flexible operations platform like myairops allows the straightforward management of complicated, multi-faceted operations, aircraft, and crew.

With the rules of Part 91, Part 121, Part 135 etc. all coded into the software, your Ops team can run multiple operations but also run them to the highest of safety standards. Additional benefits from increased efficiency and security, integration to other tools and an ever-evolving platform ensure that the right Flight Operations System will keep your passengers, crew and assets safe, raise your appeal to clients, and prepare you for changing FAA and CASA rules. 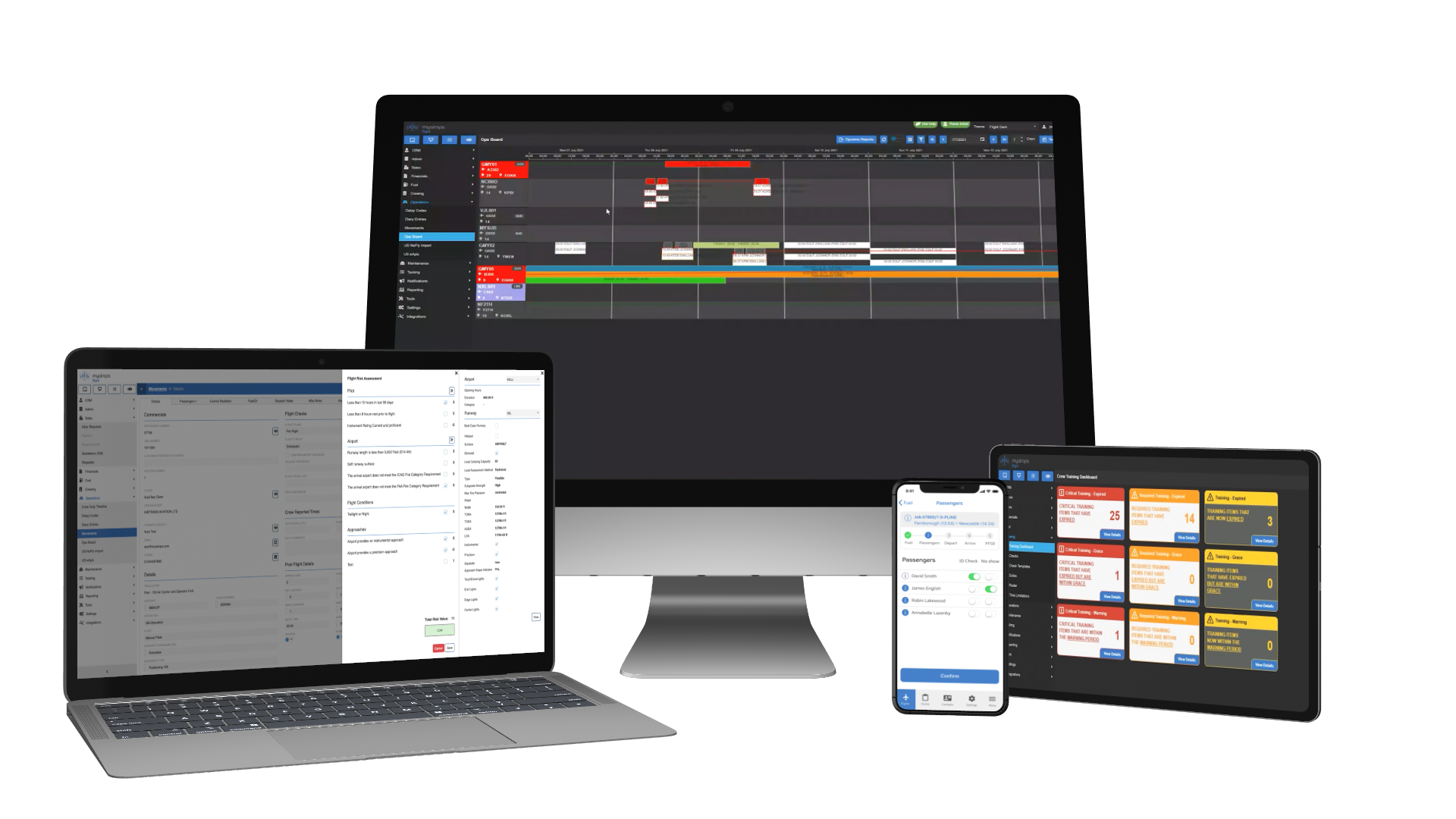 To get ahead of the curve, follow myairops on LinkedIn, visit myairops.com or speak to a consultant for free for a detailed breakdown of how a modern Flight Operations System protects against unsafe flying. 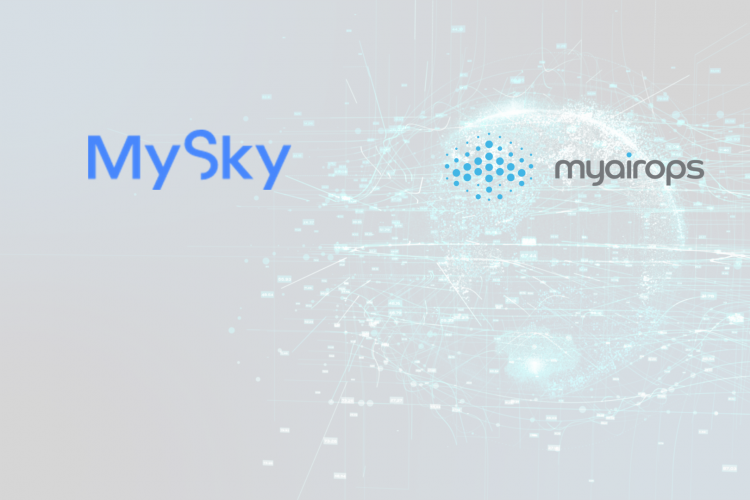 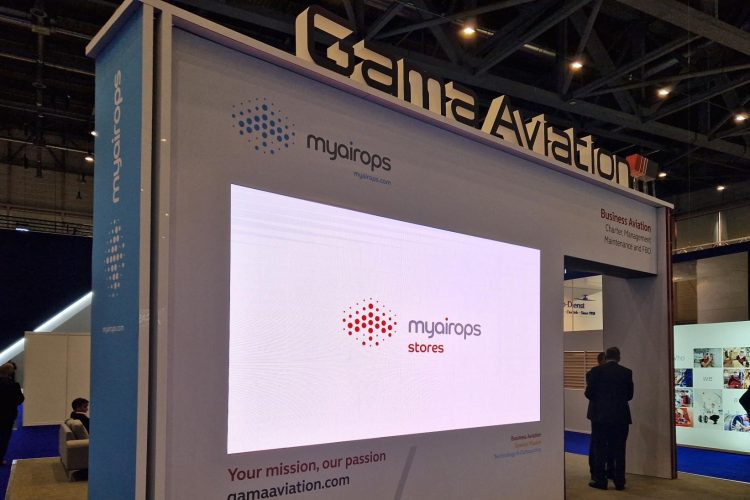 myairops announce the launch of their stores and inventory management solution

Go back to top